If you’ve been to the zoo or have been prowling around Netflix recently you’ve probably noticed that tigers are all the rage. Easily recognizable by their black and orange
stripes, the tiger is the largest species of cat on earth. Male tigers can reach a length of more than 11 feet or 3.3 meters, and a weight of more than 660 lbs or 300 kg in the
wild. These apex predator mammals, which means they are warm-blooded, covered in fur, and they feed their babies milk, are also carnivores, which means that they eat meat.

Coming in at the top of the food chain, tigers enjoy no other predators except us, humans. They hunt by night and can travel many miles to find buffalo, deer, wild pigs, and other large mammals. They’ll also eat smaller animals like monkeys, wild boar,
lizards, and even porcupines. Although tigers are powerful animals and can be fast over
short distances, they cannot outrun fast animals like deer. Instead, they stalk their prey,
relying on stealth to get close enough to attack from behind.

Tigers are native to Asia and live mostly in India, China, Bhutan, and Siberia. They
live in a variety of habitats, anywhere from jungles, swamps, snowy pine forests, to grasslands. As long as there are places for them to hide, plenty of water, and enough animals to eat, tigers can thrive there. Unlike lions, who live together in prides, tigers live alone. The only time you would find tigers living together is when a mother tiger has cubs. The cubs will live with their mother for about two years before going off on their own.

1) How many Tigers are Left in the World?

A century ago, there used to be about 100,000 tigers around the world. Thing is, humans love to hunt and that is one of the reasons that tigers are disappearing. According to the WWF “The latest population estimate is at 3,890 tigers in the wild, up from an estimated 3,200 in 2010.” Yep you read that right, tiger counts are rising thanks to conservation efforts by governments, nonprofits like the WWF, Global Tiger Forum and Joe Exotic.

2) Why are Tigers Endangered?

Hunting by humans is one reason that tigers are disappearing. People will hunt and kill tigers for their striped fur, or whenever hungry tigers get too close to their villages. Another reason that tiger populations are declining is that their habitat is being destroyed. Tigers need a lot of wildland in which to live and hunt. As people cut down forests for cities and farms, the tigers have fewer and fewer places to make their homes.

3) Did Carole Baskin Kill Her Husband?

Hillsborough County Sheriff Chad Chronister says he believes Lewis was likely killed and he's suspicious of Baskin and believes other people were in on the murder plot.

'I’m extremely suspicious but not just of her, of this whole circle here,' Chronister said to TMZ.

'I don’t want to allude to the fact or insinuate that she’s our person of interest we’re focusing on. I’m not comfortable saying that yet,' he added.

All I know is, Carole if your reading this, we’re both on team wildlife. Hit us up.

4) Do Tigers have any special adaptations?

Tigers are mostly nocturnal and hunt their prey at night. Due to a retinal adaptation called the tapetum lucidum, which reflects light back into the retina, their night vision is about six times better than the vision of humans. They also have more rods (which see shapes) in their eyes than cones (which see color) allowing them to better detect the movement of their prey in darkness.

5) Where do White Tigers come from?

White tigers are bengal tigers that have a rare gene mutation, which is only found in about 1 in every 10,000 tigers. These white cats are also more prone to a condition called strabismus, which means they have crossed eyes.

6) Is it just us or is Joe's style just revolutionary?

Throughout the entire series, Joes really expresses himself through his clothes and accessories. I mean eyebrow ring, all the tats, double the belts at his wedding. You gotta admit, Joe is one of a kind.

They have five different types of whiskers on their face and body that are used for picking up movement and vibrations to help the tiger navigate in darkness, detect danger, and hunt.

8) How long do tigers live?

Tigers can live between 20-26 years in the wild but here’s the real kicker: Survival is difficult for cubs; about half of all cubs do not live more than two years.

9) What are Carole Baskin and Doc Antle up to these days?

Antle's park was being investigated by officials in 2019 to which he said that the investigation concerns the origins of three lion cubs that may be connected to a dodgy zoo in Virginia, rather than Myrtle Park Safari's.

As for Baskin, she's still heading Big Cat Rescue, and keeping herself busy refuting pretty much everything Tiger King said about her on the Big Cat Rescue blog – up to and very much including the allegations regarding her first husband.

Tigers have stripe patterns that are unique to each individual cat — just like human fingerprints. Their stripes are also imprinted on their skins. Their beautiful coats help camouflage them when they are in their habitat. The majority of their prey-species don’t have color vision so the coloration doesn’t hurt them while, hunting. On the flip side though, humans love tiger prints and that makes them stand out as prey.

Tigers are surprisingly cheap to purchase as a pet. People in the USA can purchase a captive-born tiger for anywhere from $900-$2500. Despite this relatively cheap initial purchasing price of a tiger cub, the costs of keeping and caring for a wild tiger are extremely high. A full-grown tiger requires around 6,000 kilocalories of food a day – that is about 15 pounds of meat! In the wild, tigers consume a wide variety of animals and plants and therefore require a diverse diet to ensure they are receiving an adequately nutritious diet. This means that in addition to purchasing enough meat to support a tiger, various nutrients and nutritious additives must be purchased to add to food so that the tiger does not suffer from malnutrition and deficiencies.

Cmon, The woman lost her arm and you guys put her in front of trash heap? Little needed respect here.

A tiger's roar is so loud that it can be heard from over two miles away and it can reach up to 114 decibels, which is about loud as a jet airplane taking off according to Scientific American.

14) Will Tigers Attack you?

Contrary to popular belief, Tigers are terrified of humans and will definitely try to take a long way around to avoid them. Most of the tigers that attack humans are just older creatures that need an easy win now and then.

15) Are animal people all just a little bit off?

Yes. They are. It’ll take a little bit for you to figure it out. You’ll get there, you yoga animal training you.

Aye Aye's: Middle Fingers up to the Competition 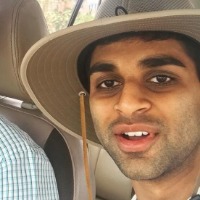